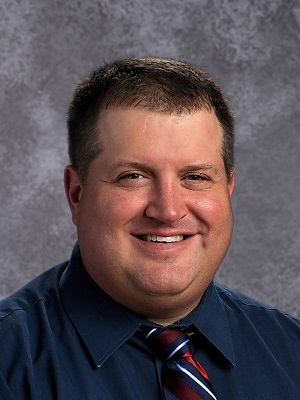 Leawood Chamber of Commerce issued the following announcement on January 23.

If you attended our recent Morning Mingling event at the Church of the Resurrection, you saw our President & CEO, Kevin Jeffries, proudly showing his support and love for the KC Chiefs.

Since the AFC Championship game on Sunday between the Titans and the Chiefs, Kevin has been sporting his late father's Red Coat jacket, and he has vowed to wear it every day until the SuperBowl.

"During the second quarter, when the Chiefs were trailing the Titans 17-7, I felt I had to get some good mojo going, so I raced upstairs to my closet and reached for my father's old Red Coat jacket."

Kevin's father, Porter Jeffries, was a 'Red Coater' in the 60's and 70's. Red Coaters were established in 1963 when Chiefs founder, Lamar Hunt, decided he needed support in promoting season ticket sales. Individuals from the business community were recruited to help sell tickets on the streets, storefronts, and neighborhoods. Their efforts were a big part of the early success of the KC Chiefs. They became known as the 'Red Coaters' and at each inaugural football season they were part of the pre-game pageantry, forming a 'tunnel' for the Chiefs to run through to welcome them on to the field.

Ecstatic that the Chiefs turned the AFC game around, Kevin posted a photo of himself wearing his father's Red Coat jacket on the Chamber facebook page, and suggested he wear the 'lucky jacket' for the next two weeks.and everyone agreed!

Keep following our facebook page to see photos of Kevin in his red coat jacket as he travels around town for meetings with our members! 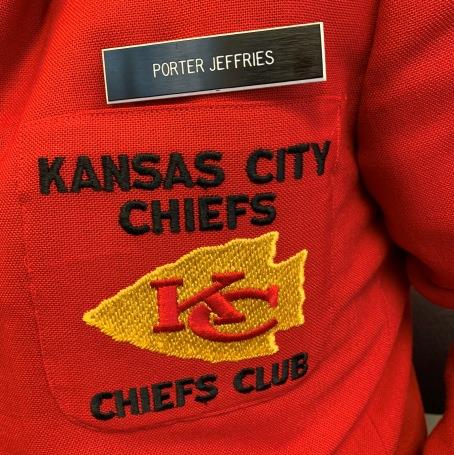 Want to get notified whenever we write about Leawood Chamber of Commerce ?

Sign-up Next time we write about Leawood Chamber of Commerce, we'll email you a link to the story. You may edit your settings or unsubscribe at any time.